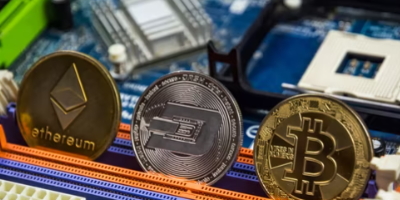 The rise of the technology that underpins “crypto” will bring about enormous disruption to the present-day technology-driven economy. This disruption will be especially profound in the world of finance since a modern economy is mostly service-orientated and increasingly “digitalisable”. The enticing attributes of the blockchain and its amazing potential even has central banks flirting with the idea of having their own digital currencies.

Until recently, cryptocurrency was the recreational playing field of only a small group of computer geeks and anarchists. But today, a variety of digital “assets” has become more mainstream. Of course, these include private money, such as Bitcoin, but also other assets, such as “non-fungible tokens” (NFTs).

A NFT is a string of computer code often associated with a “smart” contract, which grants the purchaser ownership of that specific code and the underlying work that the NFT represents – such as a poem, a painting, or an “avatar” (which can be you, only a digital version). These NFTs can also be traded.

Private money, such as Bitcoin, is like physical money but with the major difference that it only exists in digital form and that it is not issued by a centralised authority.

Importantly, these new “assets” live on blockchain technology but unlike, say money, are not under the control of a central “authority”. This is because an important characteristic of blockchain technology is that its control is typically decentralised in nature. This means that no single person or institution is in control of the blockchain. Furthermore, the information on the blockchain can be extensively encrypted, which means that it makes anonymity for participants possible to a large degree.

As might be expected, “the authorities” worldwide are becoming increasingly uncomfortable with the fact that the new technology is undermining the powers of, among others, central banks. This is resulting in stricter action against private digital assets, such as NFTs, cryptocurrencies, and “stable” digital currencies. (The latter are cryptocurrencies that link their value to something external, such as the dollar or the gold price.)

Another difference is that this technology is not decentralised as with private money, but under central bank control. And this has quite a few other consequences, for example, the central bank can have full knowledge of all transactions. Unlike with physical cash, where transactions can be completely anonymous, transactions with a CBDC can be fully traced. This means that “the authorities” will be able to police our movements and to study our behavioural patterns to an even greater extent – something that I dislike.

But there is more. With a CBDC, the central bank will, for example, be able to push interest rates down to well below zero. Currently, central banks cannot lower interest rates to much below zero, because then people will simply keep their money in physical cash, which is not possible with digital money.

The greatest danger with a CBDC is that it is programmable. That means that a central bank will be able to determine that an individual may only spend their CBDC on, say food, and not on tobacco products. Or, the central bank may decide that, since you are not tax compliant, or you said something nasty about the government, you will, for instance, not be allowed to buy a plane ticket. This should be a major concern for all of us because not only will the central banks (read governments) be able to trace all of our transactions, they will also be able to punish us if we do not follow their “rules”.

Clearly, we should be concerned about CBDCs and that is the main reason why I suspect that private money will have an important function in the future, they will provide us with an alternative when governments, as they always do, misuse their powers.

Another major change with the establishment of CBDCs will be the role of banks in the future. Banks currently have accounts with central banks, a privilege not afforded to individuals. Central banks use banks as an extension of themselves to apply monetary policy and to make other financial processes run smoothly, like the payment system. If a CBDC is introduced, it will mean that every person who uses a central bank’s CBDC will get an “account” with the central bank. This could lead to serious repercussions for banks. People would much rather keep their deposits in a CBDC instead of in deposits with banks, as a CBDC (theoretically) poses no risk.

Remember that a large portion of a bank’s service comprises taking deposits. If CBDCs become popular, banks may find it difficult to attract deposits, which could hold many other consequences for banks and the financial system.

The money of the future will be more digitalised, that means that money and other forms of digital assets will be nothing but information, and information has no respect for borders. CBDCs in which there is little trust or confidence will most likely disappear, and only those CBDCs in which there is more confidence will remain. It will also be the end of exchange controls. This could mean the end of the rand, the lira, the kwacha, and many other smaller currencies, which, in turn, would have consequences for the sovereignty of countries.

Of course, there are several ways to solve some of these problems. A central bank can, for example, restrict the issuance of a CBDC, which will, at least partially, keep the existing system in place. Or, a central bank can use the banking system to distribute the CBDC, but then the central bank may have less access to all information. Either way, enormous changes are happening and no one is sure what banking will look like in the future.

The sooner you become familiar with technological changes, the better for you. Just be very careful with your passwords and personal information.