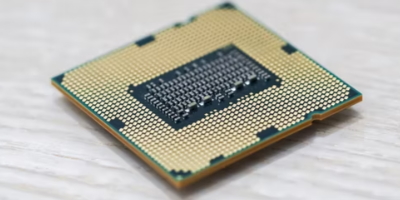 Since the start of the pandemic, the global semiconductor shortage has been a phenomenon that has reaffirmed the important function these minute chips serve in powering the electronic devices we so heavily rely upon in our day-to-day lives. Now with all leading chip fabricators expected to dramatically increase supply over the next three years, one may be inclined to assume that the world’s semiconductor woes may soon come to an end. Though the supply shortage may soon become a thing of the past, a much more complicated challenge has posed a threat to the rapid technological advancement that our civilisation has enjoyed since the commercialisation of the transistor in the 1960s.

This threat, well known in the field of computational science, has even prompted large corporates such as IBM and Google to invest in research aimed at over-coming this barrier with little material progress made over the last decade. The irony here is that the same principle behind our six-decade long accelerated technological progression has now become a near-term limitation which looms above our silicon paradise like the sword of Damocles.

This principle is known as Moore’s law.

Moore’s law is based on Intel co-founder Gordon Moore’s idea that every year we would be able to double the number of transistors per chip (by method of size reduction of the transistors) as fabrication methods become more advanced. The more transistors one can fit on a given chip, the faster and more efficient our electronic devices are able to perform. Moore’s law had been widely accepted and held as gospel until Moore had to later change the time condition of this principle from “every one year” to “every 2-3 years”, and therein lies the problem. What some may not have realised is that there is an obvious physical limitation towards making components smaller and smaller, and we are now slowly approaching this limit. Some experts estimate Moore’s law to completely collapse by 2025. A theorised solution to the problem has been to replace the semiconductor material of the transistor with that of the superconductor.

A semiconductor is a material that allows electric current to flow in a controlled fashion, and importantly in a single direction. Without going into too much of the science, this happens much more efficiently with superconductors, however, there has always been a problem with using superconductors that was thought to be impossible to solve, until now. A research report detailing the solving of this superconductor issue was published in April 2022 and this finding could eventually make computers 100 – 400 times faster than current supercomputers in operation. As ground-breaking as this discovery is, in the short to medium term it is likely that its application would be limited to supercomputers in data centres and research facilities. Applications could range from super-efficient A.I. customer service bots, to super-fast vaccine research, and to a myriad of other possibilities.

Looking at the time taken between the invention of the transistor and its commercialisation, it could take 10-15 years to see this new tech Superhero present at a large scale. Admittedly, this does seem like a long time, although what is a little patience but a small price to pay to experience the new era of computing? So, for now, it’s: “up, up and we-wait!”