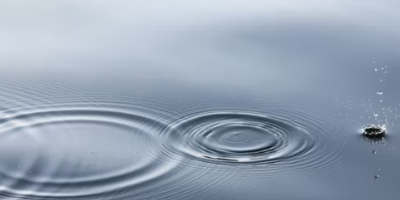 The Value of Incremental Change

We live in an era of great technological and societal change, where the speed of change appears to be ever-increasing. It has created an environment where we are frequently reminded that “change is the only constant” or exhorted to “embrace change”. However, decades of constant change have created the impression that the supply of ground-breaking innovation is somehow limitless. The side-effect of abundant supply is that we underappreciate the value of change. In other words, we too easily dismiss any idea that does not represent a radical departure from the status quo and, by extension, are more likely to accept an idea if it offers a dramatic challenge to conventional thinking.

These examples highlight that conditions that are accepted as the status quo may be the catalysts that create the next great turning point in history. In addition, they provide lessons about change that we can apply in both personal and business decisions.

The first lesson is that change is dependent on preconditions. Therefore, an attempt to force radical change is rarely a successful endeavour and comes with significant risk. For example, businesses that embark on radical projects often find themselves bogged down with unexpected problems which require significant management attention. While management is thus distracted, competitors have an opportunity to expand their own businesses. It is not unusual to find that such competitors passed over similar radical projects, choosing instead to focus on incremental improvements at lower risk. Consequently, as we become inured to change, we need to remind ourselves not to underrate the risk associated with trying to go too far too quickly.

The second lesson is that it is extremely difficult to predict the nature or timing of radical change. Successful predictions in this regard are like winning the lottery – it will happen to some people, but it is unlikely to happen to you. For example, those who specialise in generating returns from innovation, such as venture capitalists, often emphasise the importance of owning a diverse portfolio. By implication, a decision-making strategy that can absorb failure will almost always outperform a strategy that places emphasis on a single potential outcome.

The third lesson is not to underrate the value of incremental change. In the same manner that our relationships with others deepens over time as we grow to understand the other person better, incremental change can have a far greater cumulative impact than we might expect. Moreover, it is important to realise that incremental change does not necessarily imply improvement. For the same reasons that we should not dismiss the power of small innovations, we must pay attention to those changes that appear harmless but cumulatively undermine our ability to succeed.

In a world of constant change, it is easy to assume that the next change should be a radical departure from current conditions. Consequently, it has become necessary to dismiss the status quo to be considered innovative or open-minded these days. However, this comes with significant risk as, in dismissing the status quo, we are dismissing the preconditions that underly it. As the examples discussed above show, these very preconditions may themselves be the cause of the next radical change. Incremental change may be less exciting, but comes with lower risk and equal power to change the world.

It is therefore worth reminding ourselves that change is like compound interest – best understood with a long-term perspective.