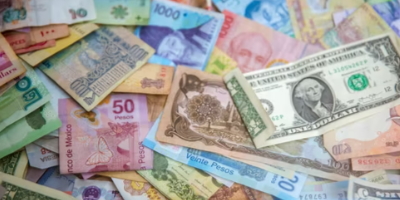 Who wants to be a millionaire? The top 10 best-paid government jobs in South Africa

Given the ways in which poorly performing state-owned entities have been looted for financial gain, top government official remuneration raises serious questions about whether these salaries can be justified.

In what may be the best-paid job in the South African public sector, Road Traffic Management Corporation (RTMC) CEO Makhosini Msibi received remuneration of almost R9.3-million in the 2020/21 financial year. This is far higher than the annual salary of the President (just more than R3-million), the Chief Justice (about R2.9-million) or a provincial premier (about R2.3-million).

At a time when the Zondo Commission is making damning findings about the ways in which poorly performing state-owned entities (SOEs) have been looted in South Africa’s recent past for financial gain, the figures raise serious questions about whether these salaries can be justified.

In late 2021, the International Monetary Fund expressed concern about the “continued worsening performance of SOEs” in South Africa. The accounting period in which state executives raked in multiple millions was one described by the Auditor-General as being characterised by regressing audit outcomes owing to “weak controls”, with “financial and performance management” flagged as a particular concern.

Salaries should be pegged to turnover and staff numbers

Guidelines on public sector remuneration published by the Department of Public Enterprises (DPE) in 2018, and not updated since, state that the most important criteria for determining leadership pay within state entities are the volume of annual turnover and staff complement. In other words, the bigger the budget and the number of employees, the higher the salary the relevant state executive can expect to earn.

Yet two of the bodies on our top 10 list of the best-paid jobs in government reported revenue of under R400-million for the 2020/21 financial year, and employ fewer than 125 staff. By way of comparison, the country’s biggest SOEs have tens of thousands of employees on their payroll.

The CEO of the Independent Regulatory Board for Auditors (Irba), Jenitha John, took home a total package of more than R6.4-million for just eight months’ work. In the same financial year, the Irba reported total revenue of just R190-million, with only 82 employees.

John benefited from a termination payoff of R3.5-million after being let go early, in February 2021. Irba is also only 30% government funded – but the wisdom of the audit watchdog’s high executive salaries is nevertheless called into question by the fact that the body told the courts in May this year that its current funding model was “unsustainable”.

Another minnow on the top 10 list is the Road Traffic Infringement Agency, which paid its CEO, Japh Chuwe, almost R4.5-million despite recording a relatively paltry R348-million in revenue for the same year, with 123 employees.

Chuwe is possibly the most controversial CEO on the list, ending up being fired in November 2021 after findings of “serious maladministration” by independent forensic investigators. He is also one of the state executives who has benefited from handsome bonuses over the years. In the 2019/20 financial year, Chuwe received bonuses totalling more than R5.5-million.

The biggest bonus paid out to a CEO on our top 10 list over the 2020/21 financial year went to the RTMC’s Msibi, who received a “performance bonus” of almost R3.7-million.

The remuneration guidelines of the DPE state that “short-term incentives” – bonuses – should be benchmarked to performance. In the case of Msibi, the Automobile Association expressed particular outrage over his bonus, given that “the RTMC has failed to fulfil its core mandate of reducing road deaths in South Africa”.

In addition, the DPE salary guidelines state that “a qualified or adverse audit opinion, such as a disclaimer”, should negate the payment of executive bonuses.

Although the RTMC eventually received an unqualified audit for the year in question, auditors note in the body’s annual report that the financial statements initially submitted for auditing “were not prepared in accordance with the prescribed financial reporting framework and supported by full and proper records”.

This was also the case for the country’s digital agency, Sentech. Auditors stated that “material misstatements” in its financial reporting had to be corrected. Sentech CEO Mlamli Booi was paid a combined performance bonus and “allowances” amounting to R1,048,000.

It was also the case for the National Housing Finance Corporation, with CEO Sizwe Tati taking home a bonus of R2,544,000 despite auditor concerns, including the fact that “effective and appropriate steps were not taken to prevent irregular expenditure”.

Not all the CEOs on our top 10 list received bonuses. For Eskom, the annual report notes that no bonuses are payable to employees, “given the operating loss for the 2021 financial year”, and that no bonuses have been paid since 2018.

One of the most common arguments in defence of relatively high pay for state executives is that private sector salaries for equivalent roles are so generous that the government has to be prepared to pay well for top talent.

This is a point acknowledged by the DPE salary guidelines, which nevertheless state that government remuneration “may not exceed the market median”.

A report by financial services firm PwC on SA private sector executive pay over the 2020/21 financial year found that the median salary for CEOs of companies on the JSE during this period was R5.17-million.

This figure drastically rose when analysing the top 10 JSE companies, however. For these “super caps”, median CEO salary over the same period was R24.1-million.

The median package taken home by the state CEOs on our top 10 list was about R6.1-million, by comparison. An executive headhunter who asked not to be named told DM168 that some of the positions on the list would be compensated far better in equivalent private sector positions.

Citing the role of SARS Commissioner and its salary, for instance, she said: “In the private sector, this package would be low for this size of responsibility … The total package would be at least double this, probably even more.”

“Most JSE-listed CEOs are on salaries of between R3-million and R10-million as a base, but share options, bonuses, etc, can take them to 10 times this amount,” Bossenger said.

Crucially, however, “this is strongly linked to performance”.

It is this aspect of government pay that tends to provoke the greatest outrage: that state executives can take home such high salaries even when the organisations they lead are performing poorly.

Eskom’s CEO, André de Ruyter, pocketed more than R7.1-million in the same year that the electricity parastatal recorded a loss of almost R19-billion – to say nothing of the blackouts wreaking havoc on the economy.

The SABC’s top executive, Madoda Mxakwe, took home R5.7-million when the state broadcaster reported a net loss of R530-million. South African Local Government Association CEO Xolile George was paid close to R5.8-million, yet the latest reports find that six out of every 10 local municipalities in South Africa are not financially sustainable. DM168